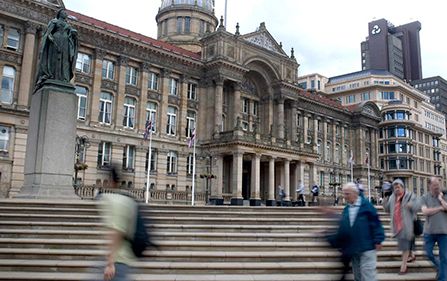 Birmingham is England's "second city" and as such has something for everyone.

If you're into shopping the city's Bull Ring shopping centre boasts more than 160 shops to keep you busy right in the centre of Birmingham and if you don't find anything in there why not try Harvey Nichols in the Mailbox, another one of Birmingham's many shopping destinations. Hamcam recommends the rag market for bargains.

If you're more of a nocturnal type then Birmingham has plenty to offer you too. With more students than any other UK city outside of London, Birmingham is a city well practiced in offering the best nights out every night of the week. If it's live music you're after by far the biggest and most popular venue is The Academy, but if it's a smaller, more intimate performance you prefer then the Digbeth area of the city has a host of smaller bars. Hamcam recommends the Rainbow pub or the Sunflower Lounge.

For the clubbers out there Broad Street's Gate Crasher brings some of the UK's biggest DJs to town every weekend. If pubs are more your thing, then Hamcam recommends The Victoria, which specialises in cocktails, or The Lord Clifden with its urban art & quirky beer garden.

Nowhere is the cosmopolitan nature of Birmingham better demonstrated than with the sheer choice and quality of restaurants. It's foodie heaven. With enticing restaurants that represent some 27 nationalities food lovers will be in their element in Birmingham. For those on a budget Hamcam recommends China Town or the famous Balti Triangle. 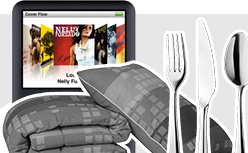 What to Bring - Our Top Tips